Get fresh music recommendations delivered to your inbox every Friday.
We've updated our Terms of Use. You can review the changes here.

We Couldn't Think of a Title 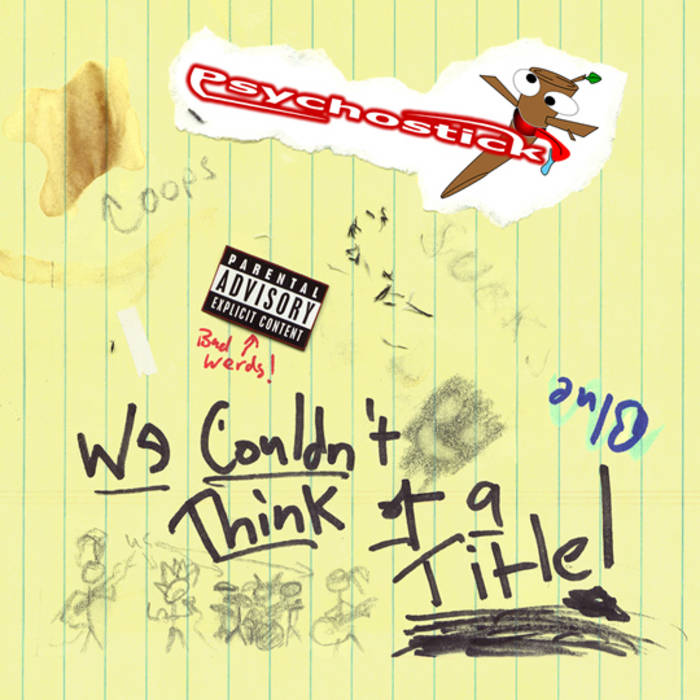 KaneSeatHeadrest I've been a fan of Psychostick for years now. No, seriously. I love this lampoonary of the angry white boy metal of my childhood. But it's not just that they are funny, but they are legitimately great musicians too and that's what makes this work. Truly one of a kind band. No, seriously. Favorite track: Pluh.

bungled1nuit hey from the Party With Alaska guy finally got one if your albums beer is good!

Dr. Slade Been listening to this since '06, never stopped ever since. Favorite track: Pluh.

JesmondJester One of four full length absolute bangers from Psychostick. Buy everything. Pick your favourite tracks. Realise that is everything they have done. Repeat. Favorite track: BEER!!!.

Doc Metal Been a fan since the myspace days.... had my cd stolen so im replacing this great album digitally. Favorite track: Prozak Milkshake.

Psychostick's first ever full length record! Originally released in 2003, "We Couldn't Think of a Title" received local critical acclaim and "BEER!" was eventually picked up by satellite radio followed up by playing "Jagermeister Love Song," "Two Ton Paperweight," and "ABCDEath." Soon other radio stations started picking it up and Psychostick decided to find a way to distribute it to stores and take things on the road.
"We Couldn't Think of a Title" was then rereleased in 2006 through Rock Ridge Music with two bonus tracks, ABCDEath and Jagermeister Love Song.

Psychostick is a comedy metal band who enjoys beer, boobs, and the occasional dichotomy of a bi-partisan government. Wait... what?

Bandcamp Daily  your guide to the world of Bandcamp